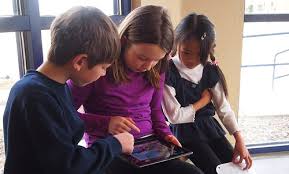 About Gaming and Education

Through my research, I have found that games are a powerful tool for learning for players of all ages. Last year I earned my doctorate in Educational Leadership at Azusa Pacific University. My dissertation was entitled - Higher Order Thinking Skills in Digital Games. I have presented my research at the annual convention of the California Educational Research Association. In addition to teaching, I assist other researchers who are working in the field of games and Learning.
View all posts by Gaming and Education »