Computer game players are better at reasoning and short-term memory

“After conducting the largest online intelligence study on record, a Western University-led research team has concluded that the notion of measuring one’s intelligence quotient or IQ by a singular, standardized test is highly misleading.

The findings from the landmark study, which included more than 100,000 participants, were published today in the journal Neuron. The article, “Fractionating human intelligence,” was written by Adrian M. Owen and Adam Hampshire from Western’s Brain and Mind Institute (London, Canada) and Roger Highfield, Director of External Affairs, Science Museum Group (London, U.K)….

With so many respondents, the results also provided a wealth of new information about how factors such as age, gender and the tendency to play computer games influence our brain function…

Intriguingly, people who regularly played computer games did perform significantly better in terms of both reasoning and short-term memory.”

Yes, learning through a good story is better than learning with a worksheet. Games can place learning in a story context that is more engaging than a list of problems to be solved. Thanks for the great post!

The Biggest Story Problem Trailer from Imagine Education on Vimeo.

The Biggest Story Problem, a independent documentary film aimed at examining the decline in math proficiency in the U.S. with global solutions, was produced this year. The team at Imagine Education, a multimedia group capturing stories in education, dove into the decline of math learning in schools across the country and explore insights from abroad that have attributed to higher rankings and scores in math proficiency.

The film evaluates the effectiveness of educational approaches such as pretend play and game-based learning in improving math proficiency and understanding. It leverages Ko’s Journey, a game-based math program targeted at meeting critical areas of the Common Core State Standards, with several classrooms across the country. 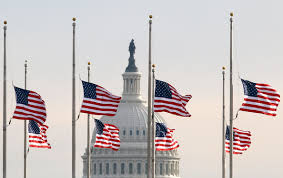 EyeWire is a “citizen science” community created to test the hypothesis that the uniqueness of a person, from memories to mental disorders, lies in his or her connectome. Created by the team at MIT’s Seung Lab, EyeWire enlists “citizen scientists” to analyze nanoscale brain images using web browsers and mobile devices. They trace the “wires” of the brain as if it was a 3D jigsaw puzzle consisting of image pieces computed by artificial intelligence. The experience relies on the spectacular graphics and other motivators of video gaming, but allows users to apply their minds to a worthy cause.

EyeWire launched on December 10, 2012, J Day. Over the past several months, members of Sebastian Seung’s lab at MIT had been hard at work making sure EyeWire allows users to accurately contribute to research. During the beta period, an average of 30 to 50 people played EyeWire each day.  Collectively…

“In the last four years, Bossert and husband James have created more than 30 games for the iPhone and iPad with millions of downloads. Their latest focus: Educational games for young children.  Bossert, who holds a doctorate in educational psychology, but has stayed at home for the past six years with their young daughters, does the graphics and illustrations. Her husband works on the programming.”

“In a world filled with boring educational games that are only purchased by grandparents, Allisyn Levy is part of a company that is creating games that are not only educational, but are also entertaining.  Levy received her Bachelors of Elementary Education, Art, and Art History from Skidmore College, and earned a Masters of Education in School Administration and Technology from Western Washington University.  This published scholar has coached a Lego Robotics team, developed documentaries with students, was an elementary educator for 11 years, and has received grants from Donors Choose and Nike.  Now as BrainPOP’s Senior Director of Educator Experience, Levy is using her extensive background in education to help teachers better integrate technology into the classroom. We recently had the opportunity to talk with Levy about her thoughts on using video games in education, BrainPOP’s background and goals, and its latest feature, click GameUp.”

To read the full article by Clelia Rivera click  here.