Research Finds that Screen Time is as Harmful as … a Potato.

Stop worrying so much about kids playing Fortnite and other games.  New research finds that screen time is as harmful to children as … a potato.

“Researchers at the University of Oxford have performed the most definitive study to date on the relationship between technology use and adolescent mental health, examining data from over 300,000 teenagers and parents in the UK and USA. At most, only 0.4% of adolescent wellbeing is related to screen use – which only slightly surpasses the negative effect of regularly eating potatoes. The findings were published today in Nature Human Behaviour.

“Our findings demonstrate that screen use itself has at most a tiny association with youth mental health,” says lead researcher Professor Andrew Przybylski, Director of Research at the Oxford Internet Institute, University of Oxford. “The 0.4% contribution of screen use on young people’s mental health needs to be put in context for parents and policymakers. Within the same dataset, we were able to demonstrate that including potatoes in your diet showed a similar association with adolescent wellbeing. Wearing corrective lenses had an even worse association.”

In comparison, smoking marijuana and being bullied was found, on average, to have a 2.7 times and 4.3 times more negative association with adolescent mental health than screen use. Activities like getting enough sleep and eating breakfast, often overlooked in media coverage, had a much stronger association with wellbeing than technology use.

The method used by the researchers, called Specification Curve Analysis, revealed the reason there seems to be no firm scientific consensus on screen use and mental health. “Even when using the same datasets, each researcher brings different biases with them and analyses the data slightly differently,” says Amy Orben, College Lecturer at the Queen’s College, University of Oxford, and author on the study. “Of the three datasets we analysed for this study, we found over 600 million possible ways to analyse the data. We calculated a large sample of these and found that – if you wanted – you could come up with a large range of positive or negative associations between technology and wellbeing, or no effect at all.” In other words, “We needed to take the topic beyond cherry-picked results, so we developed an approach that helped us harvest the whole orchard,” adds Przybylski.

“Bias and selective reporting of results is endemic to social and biological research influencing the screen time debate,” says Przybylski. “We need to put scientific findings in context for parents, policymakers and the general public. Our approach provides an excellent template for data scientists wanting to make the most of the excellent cohort data available in the UK and beyond.”

The data was drawn from three large-scale representative datasets: Monitoring the Future (USA), Youth Risks and Behaviour Studies (USA) and the Millennium Cohort Study (UK), totalling over 300,000 individuals surveyed between 2007 and 2016. The findings were derived using Specification Analysis Curve method, which examined the full range of correlations relating digital technology use to child and adolescent psychological wellbeing. Details on methodology and all necessary code to reproduce the analysis are available in the paper’s supplementary material.” – From EurekAlert! Press Release.

Jon Martindale of Digital Trends writes that “Microsoft and Mojang have been working hard at further developing Minecraft Education Edition, and at the start of 2017, the two firms have announced that this version of the game has now hit 1.0.  Minecraft Education Edition is the same Minecraft world you know and love, but with specific features aimed at students and teachers. It has NPCs for tutorials, simple multiplayer server setup, camera and portfolio recording, in-game chalkboards and downloadable lesson plans for educators. While all of those features have been present since the early days of Minecraft Education Edition in late 2016, now that it’s hit version 1.0, there are a number of new features to enjoy, too.”

Posted in games for the classroom, games in school, Uncategorized

My Graduation! I am Officially a Doctor!!!

The popular game Pokémon Go can be leveraged for learning.

Amber McLeod and Kelly Carabott  write that some of the; “potential curriculum links are:

Posted in games for the classroom, games in school, STEM Games, Uncategorized

I have successfully defended my doctoral dissertation!

Now that I have successfully defended my doctoral dissertation I want to post my dedication and acknowledgements page.

Dedication
I dedicate this dissertation to my loving and patient wife Jeni and to my persistent son Caleb who often asked me to add more games to my research. Thank you Jeni, for all you have done to support me during these many years. Thanks for giving me the time, space, and encouragement to do what I needed to do to finish. I love and appreciate you more than you will ever know!

Acknowledgements
First, I would like to thank the students of Orangevale Montessori who participated in this research. With out your contribution this project would not have been possible. I would also like to thank the administration, teachers, and staff who went out of their way to accommodate me and the students during the research. I would like to thank Dr. Randy Fall, the chairperson of my dissertation committee, who helped me to narrow the scope of my research and set realistic goals. Thanks to Dr. Yau for teaching me so much about learning theories and approaches, and the important role of motivation in learning. Thanks to Dr. Gilbreth for helping me to learn more about educational technology and for challenging me to start a web log on games and learning. Thanks to my committee as a whole for encouraging me to change the original design of my study to include participants – you were right – the students made it better. I also want to thank Dr. Christopher Quinn who helped me lay the foundation of this study with my literature review. And finally I want to thank my mother for giving me my first computer. On that Commodore 64, I wrote my first programs and my first computer games. That gifted helped to open up my mind to analyze, evaluate, and create. That gift helped to open up my world. Thanks Mom.

Gaming in the classroom

Yay! Today I started interviewing participants for my dissertation! 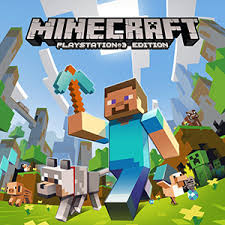 It has been a very long journey toward my dissertation.

I have completed all the courses for my doctorate.

I have completed my literature review on learning games and higher order thinking skills.

My research committee has approved my dissertation proposal.

The internal review board at my university has approved my application to  conduct the research.

The principal and the teachers have granted me permission to conduct my research at the school.

Over 30 parents have returned their consent forms.

They all did a great job, playing the games and answering my questions.

There would have been more students participating today, but I quickly used up all of the memory on the iPad recording the first three students.

Many students asked if it was too late to turn in their consent forms.  I told them that they still have time.  It seems that many more will join the project before the end of the school year!

It is so good to have passed the necessary bureaucratic hoops and finally be conducting research with students!

A majority of K-8 Teachers Use Digital Games for Instruction

Games and Learning report that;

“A national survey of nearly 700 U.S. K-8 teachers conducted by the Joan Ganz Cooney Center and the Games and Learning Publishing Council reveals that almost three-quarters of K-8 teachers are using digital games for instruction. Four out of five of those teachers report that their students play games at school at least once a month.

In his introduction to the critical survey of classrooms GLPC Chair Milton Chen observed:

Two fundamental findings should capture the attention of all educators, developers, funders, and policymakers: a majority of teachers are using digital games in their classrooms, and games are increasingly played on mobile devices that travel with their students.

Level Up Learning: A National Survey of Teaching with Digital Games by Lori M. Takeuchi and Sarah Vaala reports that teachers who use games more often found greater improvement in their students’ learning across subject

areas. However, the study also reveals that only 42% of teachers say that games have improved students’ science learning (compared to 71% in math), despite research suggesting that games are well suited for teaching complex scientific concepts.

areas.”However, the study also reveals that only 42% of teachers say that games have improved students’ science learning (compared to 71% in math), despite research suggesting that games are well suited for teaching complex scientific concepts.

13 Principles of Gaming and Learning from James Gee

Here is a list of 36 Principles of Learning from James Gee from;

What Video Games Have to Teach Us about Learning and Literacy, Palgrave Macmillan: New York, 2003

Posted in Research on Games, Uncategorized

Rubin Osnat, of University of Haifa, Israel writes that;

“Current educational policy in many nations encourage emphases within the school curriculum, particularly important in the second millennium: enhancing thinking as an integral part of the school curriculum, and integrating technology. Future learners should not only acquire a predefined constant knowledge, but higher order thinking abilities, enabling them to intelligently analyze and deal with different situations, solve problems and make decisions. In an age where learning resources are changing, incorporating technology into the curriculum has been found to positively affect the development of higher order thinking skills. Thereof we should examine using technology for teaching (ordering and practicing) thinking to be used in the learners’ everyday lives.
In the current college course program, teachers learned how to use computer games to enhance social thinking skills. Participants were required to develop simple computer games, including analyzing situations (e.g., what skills involve social activities like choosing a friend), and building an algorithm of problem solving to be practiced in a computer game, in which children had to solve social issues. Participants reported fostering thinking skills: thinking about alternatives, considering consequences, comparing and analyzing steps. The program has increased the awareness of teachers to the significant potential of computers for teaching thinking, which can be applied to the learners’ everyday lives.”

Posted in games in school, Research on Games, Uncategorized