Many of the games on the iPad facilitate the Higher Order Thinking Skills of Blooms’ Taxonomy. The games that place content in a context are superior to decontextual worksheets.

62 iPad apps were organized in this Pedagogy Wheel V2.0, it’s developed by Allan Carrington and has become very popular. Enjoy and think outside the box!

The Padagogy Wheel by Allan Carrington is licensed under a Creative Commons Attribution 3.0 Unported License.  Based on a work at http://tinyurl.com/bloomsblog. Check out the blog for more details.

“Although there is a limited amount of academic research in this area, there is evidence of the benefits of specifically designed games, notably in the areas of phonological awareness, differentiating relationships, memory enhancement, coordinated motor skills, and mathematical development. However, these benefits have only been evaluated over several months in a structured preschool environment. The impact of such games being played intermittently in an informal setting is an area of
open research.” 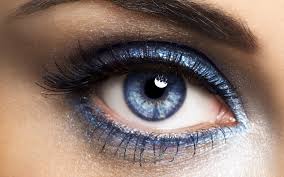 Cuts to Education and Learning Games

“While calling herself a “massive advocate” for using computer games in the classroom, Dr Whitton, from Manchester Metropolitan University, says: “There’s a lot of rhetoric in games-based learning where games have to be these high-end, commercial quality games. We don’t need to spend lots of money to have an effective platform for learning.” 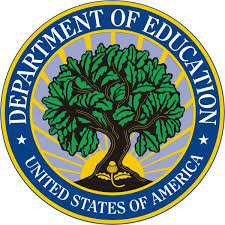 According to an ED blog post, the fact that so many of this year’s SBIR award recipients are in the field of educational gaming reflects the increasing use of games to motivate and engage students in the classroom and the growth in popularity of mobile devices, which provide an expanded market for educational games. The ED also references “a growing base of evidence indicating that games can be an important and effective component of our strategy to prepare a highly skilled 21st century American workforce.”

Many of this year’s SBIR games winners feature adaptive technology that automatically adjusts difficulty based on the player’s ability, story-based narratives, rewards and competition, an instructional component, and a teacher dashboard that provides teachers with formative assessment results.

The SBIR contract awards provide up to $1.05 million of funding to small businesses that are conducting research and development on commercially viable educational or assistive technology, science, or engineering projects. The SBIR program is managed by the Institute of Education Sciences (IES), the research division of the ED.”

Robert Edwards of the Vancover Sun writes that “Scaling difficulty is something found on all levels of design, and when creating games for children this thorny issue is even more prickly. There has to be a challenge, for if a game is too easy and plays itself, it won’t engage a child. If it is too difficult, even by small amounts, they’ll get frustrated and either give up, or have the parent play for them.

It’s an issue we’ve faced in Pawcho. We took a look at some of the Dora the Explorer games during our initial design pass, to see how they approached difficulty. What we found was that many games aimed at children totally eschew any form of difficulty curve, presenting the main mechanic and never deviating or building on it. It was a crucial design decision for us not to follow this pattern.

Early Childhood Education is about building blocks. You take a skill, teach it, and have the child build on that to do a more difficult task. Pawcho’s main mechanic is drawing letters, initially in mostly block upper case. As the game progresses we introduce lower case letters, mixed in with the upper case, not only to teach children the two alphabets, but to slightly increase difficulty. In addition, the story, while still remaining silly and childish, takes on elements of complexity (Such as Pawcho interacting with various characters) to further  teach them about more advanced narrative. Neither of these is meant to be radical, or game changing on a fundamental level, but simply challenge the child a bit more when playing the game. A game like Halo, starring the Master Chief, will progressively introduce harder enemies, more weapons and vehicles to challenge the player, and we emulate this through harder letters, more options, and a story designed to engage, and challenge at the same time.”