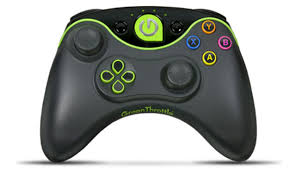 “…create a committee to examine how interactive gaming can boost student involvement and achievement, and create a pilot program for integrating games into K-12 curriculum.

The bill was heard Wednesday in Olympia by the Senate Committee on Early Learning & K-12 Education.

Sen. Sharon Brown, R-Kennewick, one of the bill’s co-sponsors, said interactive video games could add to the diverse learning styles of today’s classrooms.

“We have all different types of learners,” Brown said. “We need to address that, and this is one of those ways.”

Sen. Rosemary McAuliffe, D-Bothell, thinks interactive gaming will give students the opportunity to learn while enjoying a game, something she experienced while visiting students of Washington Virtual Academies (WAVA), an online K-12 curriculum program used by the Monroe and Omak public school districts.

Studies from the University of Washington’s Center for Game Science show interactive games can promote creativity and enhance knowledge of science and technology-based fields among students.

“I think we have to bring that technology into the classroom (and) into our schools,” McAuliffe said, “because kids are way ahead of us in that right now.”

By the time an average person reaches age 21, he of she has spent more than 10,000 hours playing video games, according to the Pew Research Center’s Internet and American Life Project.

“Their brains are learning, from a very early age, differently than we did,” Hooper told the committee. “It’s no longer absorbing passive information; it’s now absorbing interactive information.”

The study used MRIs to monitor student brains in two groups: those engaged in playing interactive games, and those passively watching the games.”

The chair of PPP must be selected from among the legislative members. To the extent funds are appropriated, PPP may hire a staff person who must reside at OSPI for administrative purposes. Additional technical and logistical support is to be provided by OSPI, DEL, and
–––––––––––––––––––––

Effective Date
: Ninety days after adjournment of session in which bill is passed.

: PRO: Games are al ready being integrated into curricula in order to engage students. Students love the games and are excited to even use the games at home each night. Ninety-five percent of children play video games, and the average time of play is over two hours each day. A scientific study from Stanford showed that educational, interactive video games engaged regions of the brain associated with motivation, learning, and memory. In 2012 the Clark County, Nevada school district tested a program in which interactive video games were integrated into low-performing schools. The schools using the games more than doubled their improvement on assessments compared to schools that did not use the assessment. In San Jose, there is a school that integrated interactive media and video games and has particularly notable success with English language learners. Most of the interactive game systems are set up in computer labs in schools, so students do not always require a computer or iPad of their own to participate.

SimCityEDU: A Video Game That Tests Kids While Killing The Bubble Test

A $10.3 million collaboration between Electronic Arts, Pearson, and a nonprofit yields a simulation game that tests thinking and emotion, not just knowledge. . .

“We have all these high-stakes assessments focusing the majority of their testing on rote learning and not application of skill,” says Seth Corrigan, the Director of Education & Evaluation for Glasslab. “We’re never going to transform education and prepare kids for success if we don’t transform assessment to look at higher-order skills. Everything pointed to games as the way to do that.”. . .

SimCityEDU is the product of a $10.3 million, nine-month private-public collaboration between the Institute of Play, the nonprofit behind the game-focused New York City public school Quest to Learn, the Entertainment Software Association, Gates Foundation, MacArthur Foundation, Electronic Arts, Pearson, the largest educational publishing company in the world, and ETS, which makes the GREs and other standardized tests.

The creators, a multidisciplinary team known as Glasslab, have a wild ambition. They want to use game-based assessments like these to wean our education system off fill-in-the-bubble tests, which are optimized for gauging memorized content knowledge, and instead start measuring what really matters in the 21st century: how well people can think.

“We have all these high-stakes assessments focusing the majority of their testing on rote learning and not application of skill,” says Seth Corrigan, the Director of Education & Evaluation for Glasslab. “We’re never going to transform education and prepare kids for success if we don’t transform assessment to look at higher-order skills. Everything pointed to games as the way to do that.”

With its realistic simulations of energy use, pollution, and zoning, SimCityEDU conforms to Next Generation Science Standards recently created by the National Research Council, and includes reading tasks that match the Common Core. Both are voluntary, state-led attempts to create nationwide benchmarks for learning in K-12 schools. But SimCityEDU is not just about teaching content. It’s designed to gather evidence about students’ “systems thinking.”

To See a great video clip about SimCityEDU click here;

“The game industry and nonprofits are teaming up to create a video   game design lab that will do research on engaging students and measuring learning … The new Games, Learning and Assessment (GLASS) Lab will be managed by the Institute of Play, a nonprofit video game institute with support from the John D. and Catherine T. MacArthur Foundation, the Bill & Melinda Gates Foundation, Electronic Arts, and the Entertainment Software Association (ESA). It will be supported by $10.3 million in grants.”-  Dean Takahashi